Coming of Age in Second Life: An Anthropologist Explores the Virtually Human (Paperback) 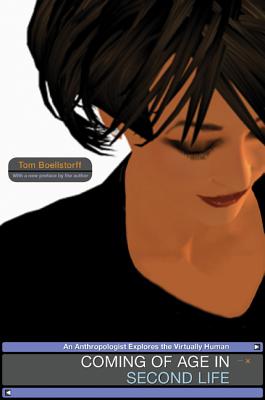 Coming of Age in Second Life: An Anthropologist Explores the Virtually Human (Paperback)

Millions of people around the world today spend portions of their lives in online virtual worlds. Second Life is one of the largest of these virtual worlds. The residents of Second Life create communities, buy property and build homes, go to concerts, meet in bars, attend weddings and religious services, buy and sell virtual goods and services, find friendship, fall in love--the possibilities are endless, and all encountered through a computer screen. At the time of its initial publication in 2008, Coming of Age in Second Life was the first book of anthropology to examine this thriving alternate universe.

Tom Boellstorff conducted more than two years of fieldwork in Second Life, living among and observing its residents in exactly the same way anthropologists traditionally have done to learn about cultures and social groups in the so-called real world. He conducted his research as the avatar Tom Bukowski, and applied the rigorous methods of anthropology to study many facets of this new frontier of human life, including issues of gender, race, sex, money, conflict and antisocial behavior, the construction of place and time, and the interplay of self and group. Coming of Age in Second Life shows how virtual worlds can change ideas about identity and society. Bringing anthropology into territory never before studied, this book demonstrates that in some ways humans have always been virtual, and that virtual worlds in all their rich complexity build upon a human capacity for culture that is as old as humanity itself. Now with a new preface in which the author places his book in light of the most recent transformations in online culture, Coming of Age in Second Life remains the classic ethnography of virtual worlds.
Tom Boellstorff is professor of anthropology at the University of California, Irvine. He is the coauthor of Ethnography and Virtual Worlds: A Handbook of Method (Princeton), and coeditor of Data, Now Bigger and Better!