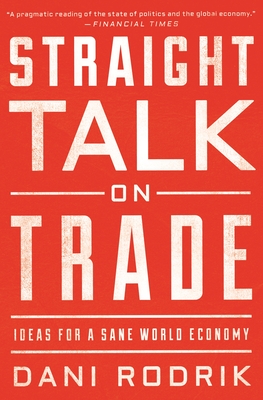 Not so long ago the nation-state seemed to be on its deathbed, condemned to irrelevance by the forces of globalization and technology. Now it is back with a vengeance, propelled by a groundswell of populists around the world. In Straight Talk on Trade, Dani Rodrik, an early and outspoken critic of economic globalization taken too far, goes beyond the populist backlash and offers a more reasoned explanation for why our elites' and technocrats' obsession with hyper-globalization made it more difficult for nations to achieve legitimate economic and social objectives at home. Ranging over the recent experiences of advanced countries, the eurozone, and developing nations, Straight Talk on Trade charts a way forward with new ideas about how to reconcile today's inequitable trends with liberal democracy and social inclusion.
Dani Rodrik is the Ford Foundation Professor of International Political Economy at the John F. Kennedy School of Government at Harvard University. He is the author of Economics Rules and The Globalization Paradox. Twitter @rodrikdani