Tales of the Narts: Ancient Myths and Legends of the Ossetians (Paperback) 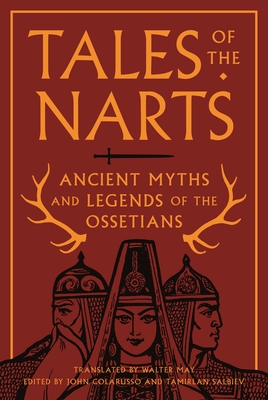 Tales of the Narts: Ancient Myths and Legends of the Ossetians (Paperback)

An exciting collection of mythology about heroes, heroines, villains, and monsters in the intriguing world of the nomad warriors of the Caucasus

The Nart sagas are to the Caucasus what Greek mythology is to Western civilization. Tales of the Narts expands the canon of this precious body of lore by presenting a wide selection of fascinating tales that are part of a living tradition among the peoples of Ossetia in southern Russia. A mythical tribe of nomad warriors, the Narts are courageous, bold, and good-hearted, but also capable of envy, cruelty, and violence. In this wonderfully vivid and accessible collection, colorful and exciting heroes, heroines, villains, and monsters pursue their destinies though a series of exploits, often with the intervention of ancient gods.
John Colarusso is professor in the departments of anthropology and linguistics and languages at McMaster University and the editor of Nart Sagas: Ancient Myths and Legends from the Circassians and Abkhazians (Princeton). Tamirlan Salbiev is professor of English at North Ossetian State University.