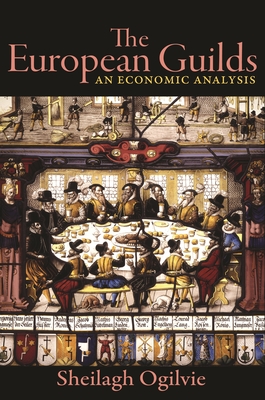 Guilds ruled many crafts and trades from the Middle Ages to the Industrial Revolution, and have always attracted debate and controversy. They were sometimes viewed as efficient institutions that guaranteed quality and skills. But they also excluded competitors, manipulated markets, and blocked innovations. Did the advantages of guilds outweigh their costs? Analyzing thousands of guilds from 1000 to 1880, The European Guilds answers that question with vivid examples and clear economic reasoning. Sheilagh Ogilvie features the voices of honourable guild masters, underpaid journeymen, exploited apprentices, shady officials, and outraged customers, and follows the stories of the "vile encroachers"--women, migrants, Jews, gypsies, bastards, and others--desperate to work but hunted down by the guilds as illicit competitors. The European Guilds analyzes the toxic complicity between guild members and political elites, and shows how privileged institutions and exclusive networks prey on prosperity and stifle growth.
Sheilagh Ogilvie is the Chichele Professor of Economic History at the University of Oxford and a fellow of the British Academy. Her books include Institutions and European Trade and A Bitter Living.