Why Not Default?: The Political Economy of Sovereign Debt /]Cjerome Roos (Paperback) 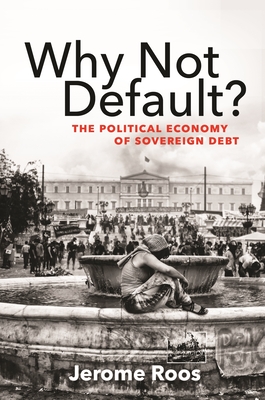 Why Not Default?: The Political Economy of Sovereign Debt /]Cjerome Roos (Paperback)

The European debt crisis has rekindled long-standing debates about the power of finance and the fraught relationship between capitalism and democracy in a globalized world. Why Not Default? unravels a striking puzzle at the heart of these debates--why, despite frequent crises and the immense costs of repayment, do so many heavily indebted countries continue to service their international debts? In this compelling and incisive book, Jerome Roos provides a sweeping investigation of the political economy of sovereign debt and international crisis management. He takes readers from the rise of public borrowing in the Italian city-states to the gunboat diplomacy of the imperialist era and the wave of sovereign defaults during the Great Depression. He vividly describes the debt crises of developing countries in the 1980s and 1990s and sheds new light on the recent turmoil inside the Eurozone--including the dramatic capitulation of Greece's short-lived anti-austerity government to its European creditors in 2015. Drawing on in-depth case studies of contemporary debt crises in Mexico, Argentina, and Greece, Why Not Default? paints a disconcerting picture of the ascendancy of global finance. This important book shows how the profound transformation of the capitalist world economy over the past four decades has endowed private and official creditors with unprecedented structural power over heavily indebted borrowers, enabling them to impose painful austerity measures and enforce uninterrupted debt service during times of crisis--with devastating social consequences and far-reaching implications for democracy.
Jerome Roos is an LSE Fellow in International Political Economy at the London School of Economics. He regularly provides commentary on world politics and current affairs for various international media.