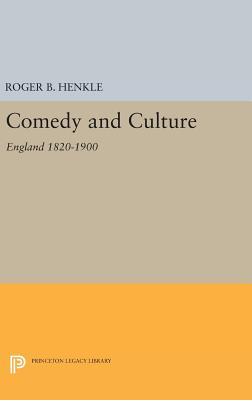 By Roger B. Henkle

Comedy cannot be understood as an abstract critical concept, argues Roger Henkle; it 'must be studied in specific cultural and historical contexts. From this point of view he examines the development of literary comedy in nineteenth-century England, and shows how comic modes and techniques were used to express and release the tensions of the middle class during periods of both rapid cultural change and relative stability.

Originally published in 1980. The Princeton Legacy Library uses the latest print-on-demand technology to again make available previously out-of-print books from the distinguished backlist of Princeton University Press. These editions preserve the original texts of these important books while presenting them in durable paperback and hardcover editions. The goal of the Princeton Legacy Library is to vastly increase access to the rich scholarly heritage found in the thousands of books published by Princeton University Press since its founding in 1905.