Finding The Afikoman: Encountering Jesus in the Spring Feasts (Paperback) 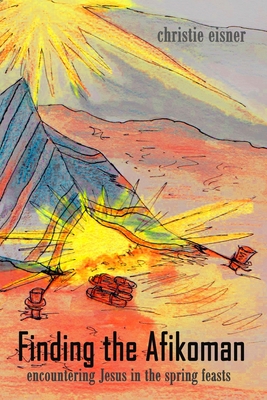 Finding The Afikoman: Encountering Jesus in the Spring Feasts (Paperback)


Backordered - ETA Unknown
This book cannot be returned, cancelled, or exchanged. Please call for availability and pricing
When John and Christie were married in 1974, the fact that Christie was a Gentile and John was Jewish was not an issue to them. It was, however, an issue to John's parents who were holocaust survivors and had lost all their family in Nazi Germany. They did not want their son marrying a Gentile girl that would lead him away from his Jewish faith. While I assured them that I had no religious affiliation that would persuade him contrary to their beliefs, God had other plans. One year later John and Christie became Christians. Now that her mother-in-law's worse fear had come true, Christie decided to try to soften the blow of their conversion by acting interested in what they believed. At her first Passover celebration with John's family in 1976, Christie had a divine encounter that took her completely by surprise. She found Jesus hidden in an ancient ceremony within the Passover called "Yahatz", or "breaking" the afikoman. After that night, with an insatiable hunger to know Jesus, she began her long journey of looking for the revelation of Jesus and God's heart in all the Biblical feasts.In this book Christie shares personal stories and encounters, mostly from her journals that span over three decades. Her discoveries will broaden your understanding of scripture from their Jewish perspective, and reveal to you the family and culture that Romans 11 says that you have been grafted into. Most importantly, we pray your heart will be strengthened in the love story that is woven throughout all of the Biblical feasts. We are living in that time when God is releasing Bridal love to the Body of Christ and the purpose of this book is to leave you love-sick to know Him more and to have intimacy restored before His return.
Christie began this personal journey in 1976 when she was celebrating her first Passover meal with her new Jewish in laws. John's parents were German holocaust survivors and were disappointed that their only surviving son married a Gentile girl. As a Christian, Christie knew she would never fulfill her mother in law's wishes and become a Jew, so she decided she would try to win their love and favor by pretending to be interested in what they believed. When Jesus revealed Himself to her hidden in that first Jewish Passover meal, she was shocked. What was Jesus doing in this "Jewish thing"?!?! Then He told her, "All the holidays are about Me. Christianity is Jewish". So with a desire to intimately know Him in a personal relationship, she went on a 39 year journey of revelation, encountering Him in the Jewish feasts and experiencing the heart of her Jewish Bridegroom, King and Judge. Her main desire is more than giving out information to satisfy the intellect. Rather, it is to give an invitation of encounter so others can begin their journey of discovery about this Jewish man, His culture and His family. It is her desire for the Body of Christ to have an understanding of what Romans 11 says we have been grafted into. John and Christie have three children and five grandchildren who live in Nashville and Milwaukee and they take any spare time they have to go spend time with them.