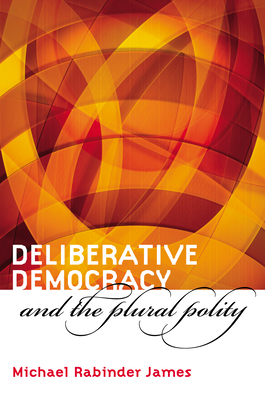 
This title is likely unavailable. Email or call for price and availability.
When we think of politics in pluralistic societies, two types of issues come to mind. On the one hand, controversies over affirmative action, race-conscious districting, and racial stereotypes in the media raise questions of justice. On the other hand, secessionist wars in the former Yugoslavia, religious violence in India, and race riots in American cities prompt questions about stability. But while both types of questions are crucial to resolving problems in pluralistic societies, few scholars integrate them in developing models for a just and stable multicultural policy. In this pathbreaking work, Michael Rabinder James integrates questions of justice and stability through a model of deliberative democracy in the plural polity. Drawing on empirical social science and normative political philosophy, James develops a framework for assessing democratic institutions according to three broad concerns: do they realize deliberative fairness in their decision-making procedures; can they flexibly respond to emerging and shifting collective identities; and are they able to mitigate group conflict? The core of this approach is James's model of plural deliberation, which seeks an unrestricted scope for deliberation, processes for understanding and criticism across group boundaries, clear connections between deliberation and decision-making, and three fairness conditions (political equality, autonomy, and reciprocity) that are analyzed in both their deliberative and aggregative dimensions. Complementing plural deliberation are two empirically grounded investigations: a detailed account of how collective identities are socially constructed, and a rigorous analysis of how five strategic dynamics can encourage group conflict. James then uses the themes of plural deliberation, collective identity construction, and the dynamics of group conflict to assess two sets of democratic institutions: civil society or the public sphere; and electoral systems. He concludes by offering concrete but contextually sensitive proposals for reforming these and other democratic institutions. The result is perhaps the most comprehensive synthesis of insights from empirical social science and normative political philosophy regarding the problems of democracy in pluralistic societies. And instead of a naive, utopian vision, Deliberative Democracy and the Plural Polity provides a realistic but critical reform agenda that can animate struggles for justice in an enormously diverse world.