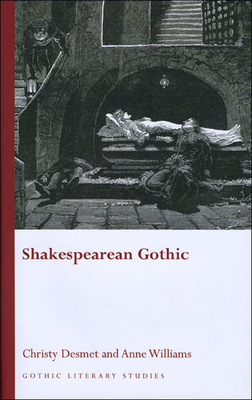 As evidenced by the vampires, werewolves, and other frights overrunning the best-seller lists, the Gothic remains immensely popular. This collection of essays traces the roots of the Gothic to an unexpected source: eighteenth-century interpretations of Shakespeare. Through close attention to literary, cultural, and historical detail, the contributors demonstrate that even as Shakespeare was being established as the supreme British writer, he was also being cited as justification for early Gothic writers’ abandonment of literary decorum and their interest in the supernatural.

“As one in a new series of books on the Gothic, this is an important volume for anyone interested in Shakespeare, in late eighteenth-century fiction and theatre, or in the intellectual history of English literature. The essays are divided into three groups that move progressively from the ways in which Gothic writers such as Walpole, Radcliffe and Ireland used Shakespeare as means of empowerment for their own agendas, through the adaptation of Shakespeare’s works in Gothic writing, and finally to readings that find Gothic elements in Shakespeare. . . . For Shakespeareans, this book will open new perspectives on well-known plays. . . . All of the essays in this volume are strong and add important voices to the discussion of Shakespeare’s reception in the eighteenth century and later.”