From Refugees to Royalty: The Remarkable Story of the Messel Family of Nymans (Hardcover) 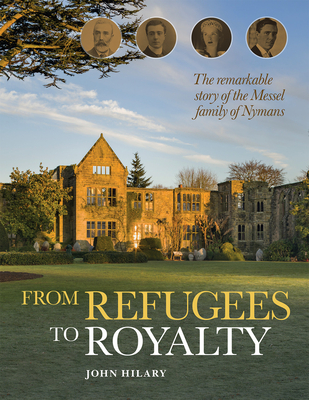 From Refugees to Royalty: The Remarkable Story of the Messel Family of Nymans (Hardcover)


Backordered - ETA Unknown
Nymans is one of the National Trust’s most popular properties, a vision of English tradition amid a landscape of rolling woodland. Yet appearances can be deceptive. The manor house is just a hundred years old, and the Messel family who built it were not English aristocracy but German Jewish immigrants. The vision was their triumphant creation.

From Refugees to Royalty is the first book to chart the extraordinary journey of the Messel family from their roots in Germany to their new life in England. At the heart of the story lies an astonishing irony. The earliest Messels were turned into refugees by an edict of the British royal family, when George III issued a decree expelling the Jews. Two hundred years later, the wheel came full circle when the youngest Messel, Tony Armstrong-Jones, walked down the aisle with Princess Margaret, four times great-granddaughter of George III.

John Hilary is a great-great-grandson of Ludwig Messel, who founded the garden at Nymans. In this beautifully illustrated book, full of colour, heartache and celebrity, he documents the rich cultural legacy of the Messels as world-famous designers, collectors, scientists and architects.

JOHN HILARY has published widely on global trade and other international issues throughout a career in the non-governmental sector, rising to become Executive Director of the charity War on Want before moving on to work in Parliament. He is an Honorary Professor in the School of Politics and International Relations at the University of Nottingham, and is one of the Messel family representatives on the National Trust advisory board for Nymans. His entries on three members of the Messel family were published by the Oxford Dictionary of National Biography in 2019.