On Merit (On Series) (Paperback) 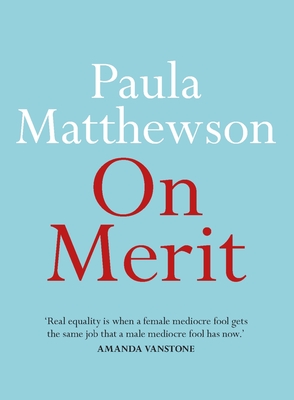 On Merit (On Series) (Paperback)

Merit has very little to do with the increasing dominance of men in the modern Liberal Party. Yet Liberal women continue to defend it. Until now. ON MERIT explores this imbalance, its implications for the party's future, and how a pair of red shoes may spark a rebellion against the merit myth.
Paula Matthewson is a political columnist with The New Daily and editor of Despatches. Her commentary and analysis of Australian federal politics have been published widely since she set aside a long career in politics and advocacy in 2010 to become a freelance writer. During that previous life, Matthewson worked for four years as a Liberal media adviser.