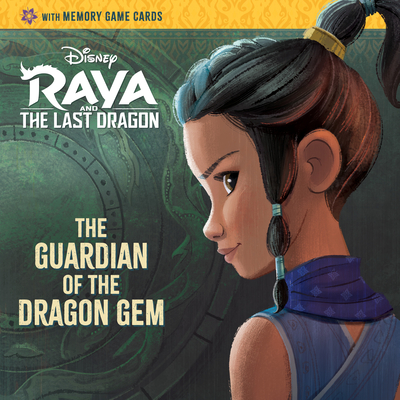 
Available in Warehouse. Wait for Email Confirmation for ETA
This paperback storybook is based on Disney's hit animated film Raya and the Last Dragon—streaming now on Disney+!

Experience the magic of the fantasy-action-adventure Raya and the Last Dragon, exploring themes of community and hope, and inspired by the beautiful and diverse cultures of Southeast Asia. This Deluxe Pictureback based on Disney Animation's new film is perfect for girls and boys ages 3 to 7!

Walt Disney Animation Studios' Raya and the Last Dragon introduces Raya, a lone warrior from the fantasy kingdom of Kumandra who teams up with a crew of misfits in her quest to find the last dragon and bring light and unity back to their world. Awkwafina lends her voice to Sisu, the last dragon, who was left on Kumandra in case dark forces return to the world, and Kelly Marie Tran voices the lead character, Raya.