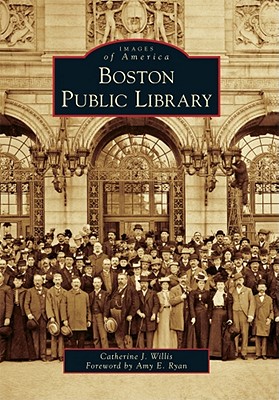 A collection of photos of the first large municipally funded library in the U.S. "built as an ornament to the city" from the first misteps to the successful completion.

The Boston Public Library (BPL) was the first large municipally funded public library in the United States. Although the library was founded in 1848, the original idea was first proposed by French ventriloquist Alexandre Vattemare in 1841. In 1854, the library opened to the public in two rooms in a schoolhouse on Mason Street. Just four years later, the building on Boylston Street opened with 88,789 items. In 1871, the BPL was the first library in the country to open a branch, and by 1895, when the new central library was opened in Copley Square, 29 branches and reading rooms had opened. Charles Follen McKim was the principal architect of the new building, which is noted for its perfect proportions, magnificent murals, and beautiful ornamentation throughout the building. The tremendous growth of the library made it necessary to build an addition, and in 1972, the new building designed by Philip Johnson was opened.