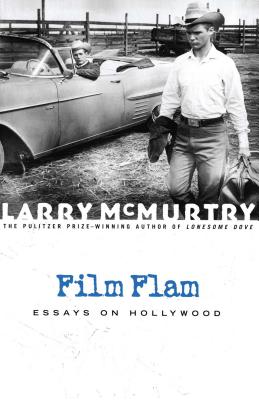 
Available in Warehouse. Wait for Email Confirmation for ETA
A noted screenwriter himself, Pulitzer Prize–winner Larry McMurtry knows Hollywood—in Film Flam, he takes a funny, original, and penetrating look at the movie industry and gives us the truth about the moguls, fads, flops, and box-office hits.

With successful movies and television miniseries made from several of his novels—Terms of Endearment, The Last Picture Show, Lonesome Dove, and Hud—McMurtry writes with an outsider's irony of the industry and an insider's experience. In these essays, he illuminates the plight of the screenwriter, cuts a clean, often hilarious path through the excesses of film reviewing, and takes on some of the worst trends in the industry: the decline of the Western, the disappearance of love in the movies, and the quality of the stars themselves.

From his recollections of the day Hollywood entered McMurtry's own life as he ate meat loaf in Fort Worth to the pleasures he found in the Beverly Wilshire Hotel, Film Flam is one of the best books ever written about Hollywood.
Larry McMurtry (1936–2021) was the author of twenty-nine novels, including the Pulitzer Prize–winning Lonesome Dove, three memoirs, two collections of essays, and more than thirty screenplays. He lived in Archer City, Texas.
William Murray The New York Times Book Review These pieces are very well written, witty, and, on the whole, vastly entertaining...Unlike too many literary people, Mr. McMurtry has few illusions about Hollywood and he is not kind to the place. He finds it full of "self-praise, defensiveness, insecurity, and megalomania." Larry McMurtry is my kind of moviegoer.