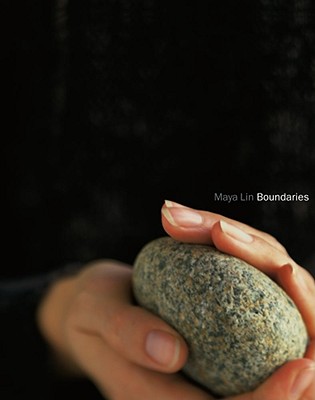 
Available in Warehouse. Wait for Email Confirmation for ETA
Renowned artist and architect Maya Lin's visual and verbal sketchbook—a unique view into her artwork and philosophy.

Walking through this parklike area, the memorial appears as a rift in the earth -- a long, polished black stone wall, emerging from and receding into the earth. Approaching the memorial, the ground slopes gently downward, and the low walls emerging on either side, growing out of the earth, extend and converge at a point below and ahead. Walking into the grassy site contained by the walls of this memorial, we can barely make out the carved names upon the memorial's walls. These names, seemingly infinite in number, convey the sense of overwhelming numbers, while unifying these individuals into a whole....

So begins the competition entry submitted in 1981 by a Yale undergraduate for the design of the Vietnam Veterans Memorial in Washington, D.C. -- subsequently called "as moving and awesome and popular a piece of memorial architecture as exists anywhere in the world." Its creator, Maya Lin, has been nothing less than world famous ever since. From the explicitly political to the un-ashamedly literary to the completely abstract, her simple and powerful sculpture -- the Rockefeller Foundation sculpture, the Southern Poverty Law Center Civil Rights Memorial, the Yale Women's Table, Wave Field -- her architecture, including The Museum for African Art and the Norton residence, and her protean design talents have defined her as one of the most gifted creative geniuses of the age.

Boundaries is her first book: an eloquent visual/verbal sketchbook produced with the same inspiration and attention to detail as any of her other artworks. Like her environmental sculptures, it is a site, but one which exists at a remove so that it may comment on the personal and artistic elements that make up those works. In it, sketches, photographs, workbook entries, and original designs are held together by a deeply personal text. Boundaries is a powerful literary and visual statement by "a leading public artist" (Holland Carter). It is itself a unique work of art.
Maya Lin has worked on art and architectural projects throughout the United States. Since setting up her studio in 1987, Lin has created both public and private artworks, including the Vietnam Veterans Memorial (1982) in Washington, D.C.; the Civil Rights Memorial (1989) in Montgomery, Alabama; and the Langston Hughes Library (1999) in Clinton, Tennessee, among others. Her work has been highly acclaimed; a documentary about her work, Maya Lin: A Strong Clear Vision, won an Academy Award for Best Documentary in 1995. Born in Athens, Ohio, and educated at Yale University, she lives with her family in New York City.
"Some people perceive the world visually, like architects and sculptors. And others see the world through the prism of language, like writers. Maya Lin can do both. . . . A writer both concise and graceful on such abstract topics as art, vision, and design, Lin offers unique insights into how artists create." -- USA Today

"Like everything connected with Lin, Boundaries is beautifully designed and beautifully written." -- The Boston Globe

"This lovely book succeeds in two worlds: Lin wants you to read it and yet see it as an art book. . . . Every page in her book is serene, thought-provoking, striking." -- The Arizona Republic

"Her first book, Boundaries, unfolds as an intimate pictorial memoir of Lin's journey in realizing her primary passion: 'sculpting the earth.'" -- Harper's Bazaar

"Is Lin an artist or an architect? Given her ability to maintain her aesthetic integrity in a string of projects that have won over both critics and the public, magician is more like it." -- Newsweek