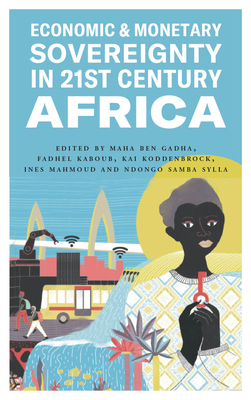 Over forty years after the formal end of colonialism, suffocating ties to Western financial systems continue to prevent African countries from achieving any meaningful monetary sovereignty.

Economic and Monetary Sovereignty in 21st Century Africa traces the recent history of African monetary and financial dependencies, looking at the ways African nations are resisting colonial legacies. Using a comparative, multi-disciplinary approach, this book uncovers what went wrong after the Pan-African approaches that defined the early stages of independence, and how most African economies fell into the firm grip of the IMF, World Bank, and the EU’s strict neoliberal policies.

This collection is the first to offer a wide-ranging, comparative and historical look at how African societies have attempted to increase their policy influence and move beyond neoliberal orthodoxy and US-dollar dependency. Economic and Monetary Sovereignty in 21st Century Africa is essential reading for anyone interested in the African quest for self-determination in a turbulent world of recurring economic and financial crises.

Fadhel Kaboub is Associate Professor of Economics at Denison University and President of the Global Institute for Sustainable Prosperity.

Kai Koddenbrock is a political economist at Africa Multiple Cluster of Excellence at the University of Bayreuth.

Ines Mahmoud is Economic Programme Manager at the North Africa office of the Rosa Luxemburg Foundation.

Ndongo Samba Sylla is a Research and Programme Manager for the Rosa Luxemburg Foundation. He is the co-author of Africa’s Last Colonial Currency (Pluto, 2021).