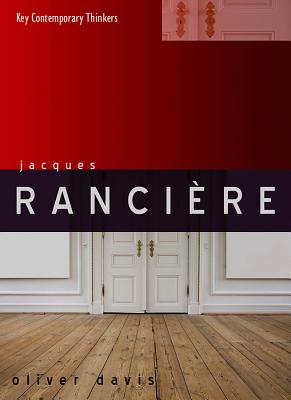 
Available in Warehouse. Wait for Email Confirmation for ETA
This book cannot be returned, cancelled, or exchanged. Please call for availability and pricing
This book is a critical introduction to contemporary French philosopher Jacques Ranci re. It is the first introduction in any language to cover all of his major work and offers an accessible presentation and searching evaluation of his significant contributions to the fields of politics, pedagogy, history, literature, film theory and aesthetics.

This book traces the emergence of Ranci re's thought over the last forty-five years and situates it in the diverse intellectual contexts in which it intervenes. Beginning with his egalitarian critique of his former teacher Louis Althusser, the book tracks the subsequent elaboration of Ranci re's highly original conception of equality. This approach reveals that a grasp of his early archival and historiographical work is vital for a full understanding both of his later politics and his ongoing investigation of art and aesthetics.

Along the way, this book explains and analyses key terms in Ranci re's very distinctive philosophical lexicon, including the 'police' order, 'disagreement', 'political subjectivation', 'literarity', the 'part which has no part', the 'regimes of art' and 'the distribution of the sensory'.

This book argues that Ranci re's work sets a new standard in contestatory critique and concludes by reflecting on the philosophical and policy implications of his singular project.
Oliver Davis is Associate Professor of French Studies and Programme Director of the Centre for Research in Philosophy, Literature and the Arts at the University of Warwick.