The Gospel of John: The First Ever Word for Word Film Adaptation of all Four Gospels (DVD video) 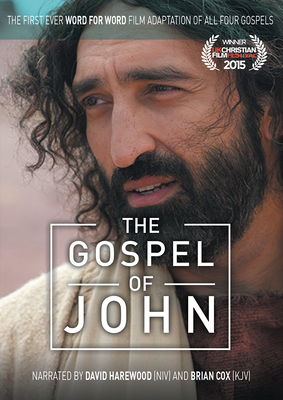 The Gospel of John: The First Ever Word for Word Film Adaptation of all Four Gospels (DVD video)


This title is likely unavailable. Email or call for price and availability.
The Gospel of John is the first film by The Lumo Project which brings the original Jesus narrative to the screen using the Gospel text as its script, word for word. Informed by leading world experts' latest theological, historical and archaeological research on every aspect of life in first century Palestine, this is a ground breaking multi-million pound film series that revolutionises the way we experience and understand the story of Jesus. Based entirely on the unedited, unabridged New Testament Gospels, its dramatised action is accompanied by voice over narration by Brian Cox and David Harewood. Filmed with authentic actors and settings, the perfect Holy Land backdrop, including computer generated Jerusalem and Temple. Winner of UK Christian Film Festival Awards 2015: Best Series and Best of British.
After a successful career at the BBC and ITV, as a script writer, editor and then Commissioning executive, Martin Allison Booth worked for OFCOM before training as an Anglican priest. He has been a fan of Sherlock Holmes since childhood.