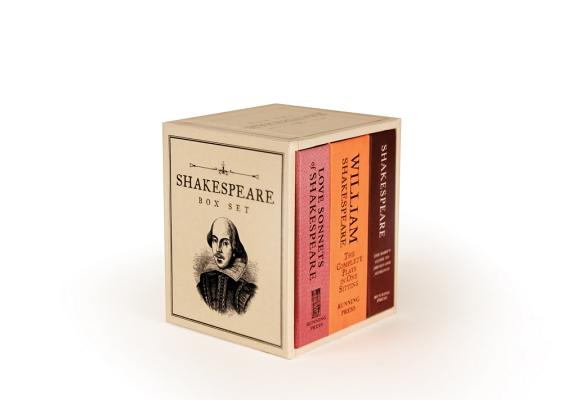 
This title is likely unavailable. Email or call for price and availability.
For fans of the Bard is a deluxe box set of our three classic Shakespeare mini books: William Shakespeare: The Complete Plays in One Sitting, Shakespeare: The Bard's Guide to Abuses and Affronts, and Love Sonnets of Shakespeare. With this collection, readers will have access to comprehensive summaries of each of Shakespeare's 36 famous plays, the most eloquent of Shakespeare's insults, and love sonnets to woo the most sought-after lover. The publication of this box set coincides with the BBC's Shakespeare Project 2016, which celebrates the 400th anniversary of Shakespeare's death.
William Shakespeare (1564-1616) wrote thirty-seven plays. King Lear and Macbeth are among his finest and most popular. They are, perhaps, the most frequently produced works on the planet.