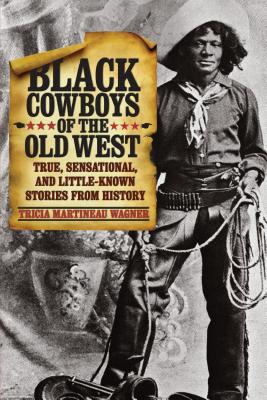 
Available in Warehouse. Wait for Email Confirmation for ETA
The word cowboy conjures up vivid images of rugged men on saddled horses-men lassoing cattle, riding bulls, or brandishing guns in a shoot-out. White men, as Hollywood remembers them. What is woefully missing from these scenes is their counterparts: the black cowboys who made up one-fourth of the wranglers and rodeo riders. This book tells their story. When the Civil War ended, black men left the Old South in large numbers to seek a living in the Old West-industrious men resolved to carve out a life for themselves on the wild, roaming plains. Some had experience working cattle from their time as slaves; others simply sought a freedom they had never known before. The lucky travelled on horseback; the rest, by foot. Over dirt roads they went from Alabama and South Carolina to present-day Texas and California up north through Kansas to Montana. The Old West was a land of opportunity for these adventurous wranglers and future rodeo champions. A long overdue testament to the courage and skill of black cowboys, Black Cowboys of the Old West finally gives these courageous men their rightful place in history.
Tricia Martineau Wagner has a B.A. in Elementary Education and attended the University of Toledo and Miami University, Ohio. She taught elementary school and was a reading specialist for twelve years. She is member of the Society of Children's Book Writers & Illustrators and the Evangelical Press Association.

Black Cowboys of the Old West has a special place in my heart because these trailblazing cowboys of the Old West paved the way and helped make me the black cowboy I am today. This strongly written, proud saga is more than just a great book; it brings to life the quiet, unmapped stories of extraordinary men who have been omitted from history. Black Cowboys of the Old West is the most absorbing work of historical value that I have read in a long time. You'll want everyone you know to read it.”
Cleo Hearn, Mr. Black Rodeo,” founder and producer of the Cowboys of Color Rodeo Tour, and Professional Rodeo Cowboy Association member since 1959

This book is a great reminder that African American men and women were indeed part of the American West. Thoroughly researched and engagingly written, it is a must read for those who want to know about the little known or nearly forgotten black folks who made a living and a life on the cattle frontier.”
Quintard Taylor, Scott and Dorothy Bullitt Professor of American History, University of Washington

Richard W. Slatta, professor of history at North Carolina State University, and author of Cowboy: The Illustrated History, The Mythical West, and The Cowboy Encyclopedia

Tricia Martineau Wagner continues to bring history to life with her book Black Cowboys of the Old West, a significant contribution to the study of African American history. Accounts of cowboys like Jesse Stahl, Robert Lemmons, and Daniel Webster Wallace provide information that not only educates, but also entertains.”
Ed Diaz, President of the Association for African American Historical Research and Preservation