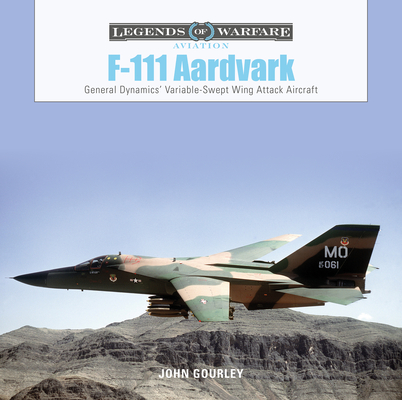 This is book number 43 in the Legends of Warfare: Aviation series.

The General Dynamics F-111 was one of aviation history's most promising planes when it came out in the early 1960s. Despite a rocky service career, political changes in how the military acquired its weaponry, and the addition of too much new technology, the plane provided a credible frontline deterrent in the Cold War era and was used to great effect in the Vietnam War and Operation Desert Storm. Many of the challenges faced by putting the F-111--with all of its new systems--into service are now accepted as a normal outfit in modern fighter aircraft. Although the Navy did not accept the F-111B model, the Grumman F-14 Tomcat development program was significantly assisted by prior radar and missile system testing on the F-111B airframe. The F-111 was a hugely powerful aircraft and carried devastating weaponry, but was phased out by the USAF in the mid-90s, largely due to crippling maintenance costs. The aircraft remained in Australian service until 2010.