D. B. Cooper and Flight 305: Reexamining the Hijacking and Disappearance (Hardcover) 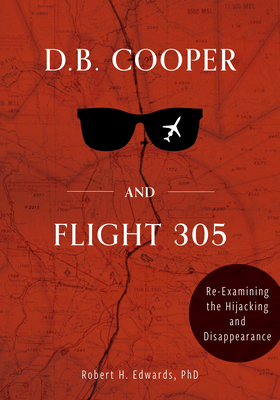 The D. B. Cooper case is the only unsolved act of air piracy in US history. On November 24, 1971, a polite, nondescript, and dark-complexioned man calling himself Dan Cooper hijacked Northwest Airlines Flight 305, Boeing 727, between Portland, Oregon, and Seattle, Washington. At Seattle International Airport, he demanded and received $200,000 and four parachutes, released the passengers, and ordered the crew to take him to Mexico. Somewhere along the way, he jumped. He was never found or identified. Forty-five years later, the FBI gave up the hunt. This book looks at the case from the perspective of a mathematician and pilot. It uses previously unexamined data and original-source documents, combined with the tools of statistics, aeronautics, and meteorology, to show where and how the FBI could resume the search and possibly find out at last who D. B. Cooper really was.