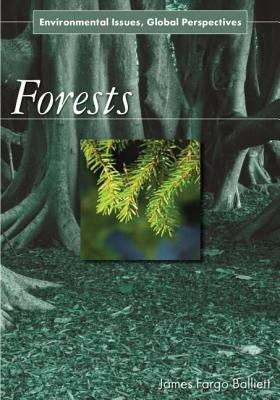 Forests are considered the lungs of the planet, as they consume and store carbon dioxide and produce oxygen. These biomes, defined as ecological communities dominated by long-lived woody vegetation, historically have provided an economic foundation for growing nations, supplying wood for buildings, firewood for fuel, and land for expanding cities and farms. For centuries, industrial nations in Europe and the United States have relied on large tracts of forestland for economic prosperity.

The research presented in this book reveals that population pressures are causing considerable environmental distress in even the most remote forest areas. Three detailed case studies are presented. The first provides an assessment of illegal logging deep in South America's Amazon rain forest, a region closely tied to food and product demands thousands of miles away. The second examines the effect of increased hunting in Central Africa's Congo forest, which threatens wildlife, especially mammal species with slower reproductive cycles. Finally the third describes encroachment on old-growth tropical forests on the Southern Pacific island of Borneo, which today is better managed thanks to the collective planning and conservation efforts of the governments of Brunei, Indonesia, and Malaysia.

James Balliett graduated from Hampshire College in Amherst, Massachusetts, studying environmental issues and writing. His senior thesis was about a winter he spent on the summit of Mount Washington in New Hampshire. Two years later, he was awarded his masters of science degree in environmental studies from Antioch New England Graduate School.   His experiences include a project for the US Forest Service in southeast Alaska, work for the harbormaster in Chatham, Massachusetts, and as a natural resource officer in Barnstable, Massachusetts where he helped manage a piping plover colony. While living in Burlington, Vermont, Balliett was a reporter for the Burlington Free Press and worked at the Chamber of Commerce where he directed their government affairs office. While living in Colorado's front range, he served as an advocacy manager for Housing Colorado. He currently resides on Cape Cod and writes for the Cape Codder Newspaper, covering a range of community, environmental, and business news. His five environmental science books (mountains, forests, wetlands, freshwater, and oceans) make up a set on Environmental Issues, Global Perspectives.