Across the Border (Beyond the Orphan Train #4) (Paperback) 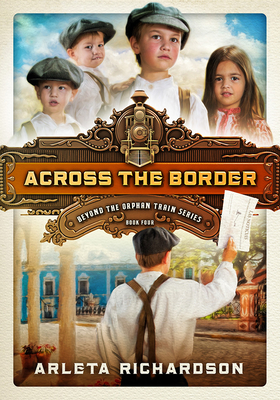 Across the Border (Beyond the Orphan Train #4) (Paperback)


Available in Warehouse. Wait for Email Confirmation for ETA
Life on the Rush farm in South Dakota is not easy. Even so, over the past four years, Ethan Cooper and his siblings have grown to feel they belong with their adoptive family.

Then Chad Rush makes an unexpected announcement. The family is moving again—this time to Mexico! Ethan is scared. What dangers will they face in another country? What will it be like to live on an oil homestead instead of a farm? And what about his dreams of getting an education? He can’t leave his siblings after he’s promised they would stay together—can he?

Based on a true story, this conclusion to the Beyond the Orphan Train series reminds us that the same God who is with us from the start never lets us go.
A teacher and librarian, Arleta Richardson was a beloved children’s author. Her popular Grandma’s Attic series, which recounts her grandmother’s childhood on a 19th-century farm on the shores of Lake Michigan, has reached more than 2 million people around the world.