Symbolism and Sources of Outlander: The Scottish Fairies, Folklore, Ballads, Magic and Meanings That Inspired the Series (Paperback) 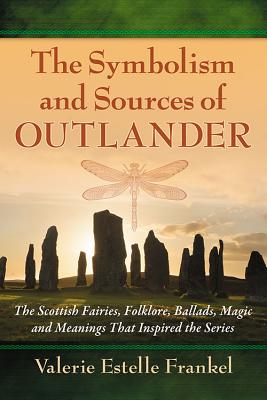 Symbolism and Sources of Outlander: The Scottish Fairies, Folklore, Ballads, Magic and Meanings That Inspired the Series (Paperback)

Outlander is much more than a television romance about a World War II nurse and a Jacobite soldier in a fetching kilt. The series--and the massive serial novel on which it is based--has been categorized as a period drama, adventure saga, military history and fantasy epic. Inspired by the Irish legends of Fionn Mac Cumhaill and the prophecies of Brahan Seer, the storyline is filled with mythology and symbolism from around the world, from the Fair Folk and the Loch Ness monster to wendigos, ghosts, zombies and succubae. Literary references abound, from the Bible to the classics, to Shakespeare and the English romantic poets. The series is also rich with its own symbolism: heather and white roses, the dragonfly in amber, Claire's blue vase and wedding gown, her wedding rings and pearl necklace. This book untangles the myriad of myths, legends, symbols and literary references found in the series.

Valerie Estelle Frankel teaches English at Mission College and San Jose City College. The author of 75 popular culture books and more than 100 stories and essays, she lives in Sunnyvale, California.