A Key to the Louvre: Memoirs of a Curator (Paperback) 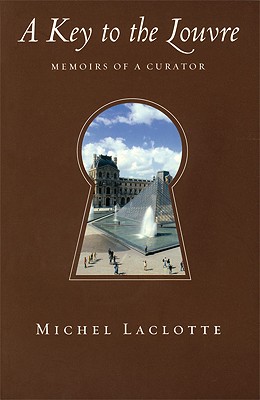 A Key to the Louvre: Memoirs of a Curator (Paperback)


This title is likely unavailable. Email or call for price and availability.
Art historian, curator, and museum director Michel Laclotte has been at the forefront of French cultural life over the past half century. This informal autobiography sheds light on his brilliant career with warmth and directness. Highlights include twenty years as chief curator of painting and sculpture at the Mus e du Louvre, heading the team that created the Mus e d'Orsay, and taking the reins of the Louvre to lead the effort that culminated in the museum's transformation into the "Grand Louvre," one of the world's preeminent cultural attractions. Raising the curtain on fifty years of Western art scholarship, intrigue, and achievement, Laclotte introduces an extraordinary cast of characters who set France's cultural direction in the postwar period from Charles de Gaulle and Andr Malraux in the 1950s to Fran ois Mitterand in the 1980s and 1990s. His story overlaps with virtually every major scholarly figure in French art history of the last half-century, as well as Laclotte's mentors and colleagues throughout and beyond Europe, from Roberto Longhi and Anthony Blunt to Sir John Pope-Hennessy and Millard Meiss. An incomparable testament to a period of seismic change in the museum world, this volume will be essential reading for art world afficianados and all students of art and modern culture.