The Sound of Music Companion (Hardcover) 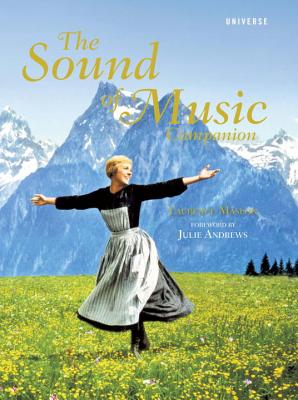 The Sound of Music Companion (Hardcover)


This title is likely unavailable. Email or call for price and availability.
The definitive book on the world's most beloved musical, The Sound of Music Companion charts the incredible and enduring story of Maria von Trapp and her story over the last hundred years - from Maria's birth in Vienna in 1905 to the 50th anniversary of the film's release in 2015. The book details every step in the evolution of this masterwork from real-life to page to stage to film to international phenomenon. It profiles every creative artist who has helped to shape the musical version of the von Trapp Family story - from Rodgers and Hammerstein and Mary Martin to Robert Wise, Julie Andrews and Christopher Plummer - and includes landmark international stage productions, the movie in pop culture and the 2012 TV movie.

Folded into the saga are guest appearances by Petula Clark, Carol Burnett, John Coltrane, Noel Coward, Carrie Underwood and Connie Walsh. Included are more than 170 pictures, many never seen before, in addition to: * Complete lyrics to a dozen songs * Rare manuscript pages from the pens of Rodgers and Hammerstein * A map of Salzburg and the film's locations * Unseen storyboards from the film * Updates on the Sing-A-Long phenomenon
Laurence Maslon is an arts professor in the Graduate Acting Program at New York University's Tisch School of the Arts. He has written several books about musical theater and popular culture, including The South Pacific Companion, The Some Like It Hot Companion, and co-wrote (with Michael Kantor) the companion volume to the Emmy-Winning documentary Broadway: The American Musical. He is also the host of the weekly radio series "Broadway to Main Street" and the editor of American Musicals (1927-1969) for the Library of America.
"I’m checking out a gorgeous Sound of Music Companion that’s coming out next month. It’s by theater/film aficionado Laurence Maslon, whose books on Broadway musicals are treasure-troves of information. This looks to be the same, with hundreds of pictures from both the Mary Martin Broadway production and (mostly) from the movie. There’s also a foreward by Julie Andrews. From what I’ve read so far, it’s a pretty sumptuous feast for fans – soon to be 'one of my favorite things.'” -NPR

"The iconic movie, released in March 1965, is also the subject of [a] fine new book, Laurence Maslon's The Sound of Music Companion . . . " -Parade

"If you love The Sound of Music (and who doesn’t?) you are in for a treat. The Sound of Music Companion is a beautiful, extensive coffee-table book full of fun facts and interesting, little-known details about the von Trapp family, the Broadway musical, and of course the beloved movie." -San Francisco Book Review

"From Vienna to Vermont, from Broadway to Hollywood, this gorgeous coffee table book details the real life of the Von Trapp family from the international box office bonanza. Author Laurence Masion, a professor from New York University, has gathered 170 photos as well as original lyrics, storyboards, and behind-the-scenes footage for this treasured book. -National Examiner