Disgust: The Theory and History of a Strong Sensation (Suny Series) (Hardcover) 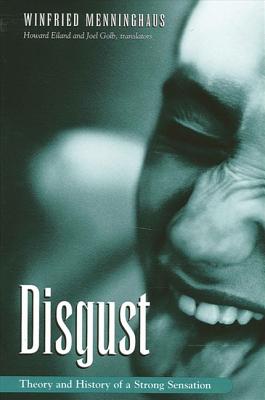 Disgust: The Theory and History of a Strong Sensation (Suny Series) (Hardcover)


This title is likely unavailable. Email or call for price and availability.
Disgust (Ekel, d go t) is a state of high alert. It acutely says "no" to a variety of phenomena that seemingly threaten the integrity of the self, if not its very existence. A counterpart to the feelings of appetite, desire, and love, it allows at the same time for an acting out of hidden impulses and libidinal drives. In Disgust, Winfried Menninghaus provides a comprehensive account of the significance of this forceful emotion in philosophy, aesthetics, literature, the arts, psychoanalysis, and theory of culture from the eighteenth century to the present. Topics addressed include the role of disgust as both a cognitive and moral organon in Kant and Nietzsche; the history of the imagination of the rotting corpse; the counter-cathexis of the disgusting in Romantic poetics and its modernist appeal ever since; the affinities of disgust and laughter and the analogies of vomiting and writing; the foundation of Freudian psychoanalysis in a theory of disgusting pleasures and practices; the association of disgusting "otherness" with truth and the trans-symbolic "real" in Bataille, Sartre, and Kristeva; Kafka's self-representation as an "Angel" of disgusting smells and acts, concealed in a writerly stance of uncompromising "purity"; and recent debates on "Abject Art.
Winfried Menninghaus is Professor of Comparative Literature at the Free University, Berlin. He is the author of many books, including In Praise of Nonsense: Kant and Bluebeard.