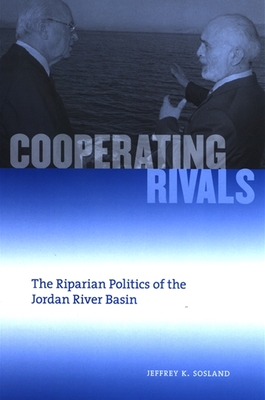 
Available in Warehouse. Wait for Email Confirmation for ETA
This book cannot be returned, cancelled, or exchanged. Please call for availability and pricing
This book examines the politics of water scarcity in the Middle East's Jordan River Basin (Syria, Lebanon, Jordan, Israel, and the Palestinian Authority) between 1920 and 2006. Jeffrey K. Sosland demonstrates that while water scarcity might generate political tension, it does not by itself precipitate war, nor is it likely to do so. At the same time, efforts to promote water cooperation, such as those initiated by the United States, have an identifiable political benefit by creating rules, building confidence, and reducing tensions among adversaries. Sosland concludes that while this alone might not resolve the overall conflict, it does create positive long-term value in achieving peace.
Jeffrey K. Sosland is Assistant Professor of International Business and Trade at American University.