The Temple in the Gospel of Mark: A Study in Its Narrative Role (Paperback) 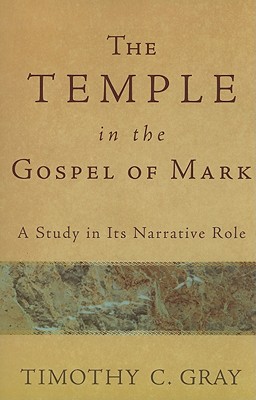 The Temple in the Gospel of Mark: A Study in Its Narrative Role (Paperback)


Available in Warehouse. Wait for Email Confirmation for ETA
This book cannot be returned, cancelled, or exchanged. Please call for availability and pricing
This work analyzes one of the most striking elements of Mark's story: the vital role the temple plays from Jesus's entry into Jerusalem to the moment of his death. Gray's narrative approach detects implications that redaction criticism missed. Using echoes of Old Testament prophets to present Jesus's "way" as the eschatological return of the Lord to his temple, Mark sees Jesus's cleansing of the temple as a pointer to its imminent destruction. It has failed in its appointed mission to serve as the focus for the restoration of Israel and the ingathering of the Gentiles, and that function will now be assumed by its replacement: the community gathered around Jesus. Originally published by Mohr Siebeck, this book is now available as an affordable North American paperback edition.
Timothy C. Gray (PhD, Catholic University of America) is president and professor of Sacred Scripture at the Augustine Institute and professor of Sacred Scripture at St. John Vianney Theological Seminary in Denver, Colorado. A nationally known speaker, he has filmed numerous series for EWTN and is the author of several books.