On Deconstruction: Theory and Criticism after Structuralism (Paperback) 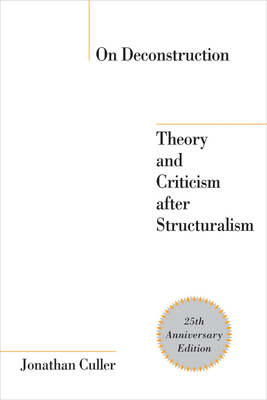 On Deconstruction: Theory and Criticism after Structuralism (Paperback)

With an emphasis on readers and reading, Jonathan Culler considered deconstruction in terms of the questions raised by psychoanalytic, feminist, and reader-response criticism. On Deconstruction is both an authoritative synthesis of Derrida's thought and an analysis of the often-problematic relation between his philosophical writings and the work of literary critics. Culler's book is an indispensable guide for anyone interested in understanding modern critical thought. This edition marks the twenty-fifth anniversary of the first publication of this landmark work and includes a new preface by the author that surveys deconstruction's history since the 1980s and assesses its place within cultural theory today.