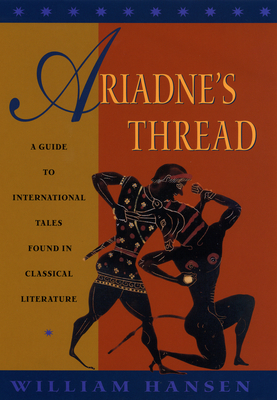 From Cinderella to The Boy Who Cried Wolf to The Dragon Slayer to the Judgment of Solomon, certain legends, myths, and folktales are part of the oral tradition in countries around the world. In addition to their pervasiveness, these stories show an astonishing longevity; many such tales are found in classical antiquity. Ariadne's Thread is an encyclopedia of more than a hundred such international oral tales, all present in the literature of ancient Greece and Rome.

It takes into account writings, including early Jewish and Christian literature, recorded in or translated into Greek or Latin by writers of any nationality. As a result, it will be invaluable not only to classicists and folklorists but also to a wide range of other readers who are interested in stories and storytelling. William Hansen presents the familiar form of each tale and discusses the similar ancient story or stories, examining how each corresponds with and differs from that form. He then gives principal sources and, where appropriate, comments on the cultural factors affecting the shape and content of the ancient story, the context of transmission, and issues raised in the secondary literature.

Finally, he provides a bibliography of scholarly studies and the pertinent reference in the standard folk-narrative index, The Types of the Folktale by Antti Aarne and Stith Thompson. Again and again, Hansen demonstrates how ancient narratives are often best understood in the context of the larger tradition. He forces us to rethink the nature of Greek mythology by encouraging an appreciation of the extent to which Greek myths and legends parallel international stories. By virtue of their durability, he says, these orally transmitted stories rank among the world's most successful artistic creations.

William Hansen is Professor of Classical Studies and Folklore at Indiana University, Bloomington.