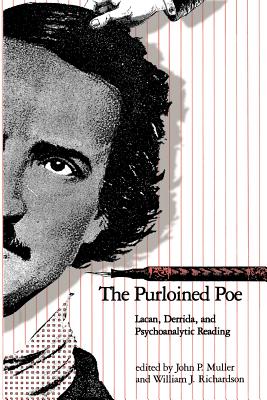 In 1956 Jacques Lacan proposed as interpretation of Edgar Allan Poe's Purloined Letter that at once challenged literary theorists and revealed a radically new conception of psychoanalysis. Lacan's far-reaching claims about language and truth provoked a vigorous critique by Jacques Derrida, whose essay in turn has spawned further responses from Barbara Johnson, Jane Gallop, Irene Harvey, Norman Holland, and others. The Purloined Poe brings Poe's story together with these readings to provide, in the words of the editors, a structured exercuse in the elaboration of textual interpretation.

The Purloined Poe reprints the full text of Poe's story, followed by Lacan's Seminar on 'The Purloined Letter, ' along with extensive commentary by the editors. Marie Bonaparte's and Shoshana Felman's discussions of traditional and contemporary approaches to psychoanalysing texts precede Alan Bass's new translation of Derrida's Purveyor of Truth. The subsequent essays join the Lacan-Derrida debate and offer alternative readings by literary theorists, philosophers, psychologists, and psychoanalysts. The Purloined Poe convenes much of the most important current scholarship on The Purloined Letter and presents a rich sampling of poststructuralist discourse.

John P. Muller is a clinical psychologist at the Austen Riggs Center in Stockbridge, Massachusetts. William J. Richardson is professor of philosophy at Boston College. They are coauthors of Lacan and Language: A Reader's Guide to Ecrits.