Georges Bataille and the Mysticism of Sin (Paperback) 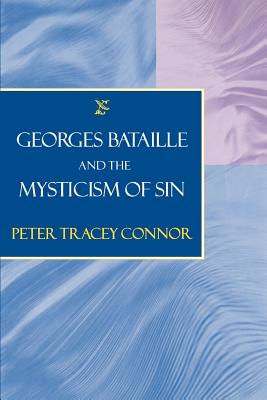 Georges Bataille and the Mysticism of Sin (Paperback)

When Sartre referred to Georges Bataille as a new mystic, he meant the label as an insult. Sartre considered mysticism to be a less rigorous mode of inquiry than philosophy--especially dangerous where the writings of mystics adapt philosophical terminology for different purposes. In Georges Bataille and the Mysticism of Sin, Peter Connor argues that literary scholars, eager to represent Bataille as a philosopher or as an early deconstructionist, have tended to neglect or misunderstand Bataille's interest in mysticism. Connor's study corrects this distorted view of Bataille, giving us a more complete picture of the complex and influential writer.

With careful attention to Bataille's historical and intellectual context, Connor raises many important questions: What drew Bataille to the mystics? How did he conceive of their thought in relation to his own? And what is the connection between mysticism and morality? This last question raises an especially interesting issue for Bataille, an atheist whom readers generally associate with images of transgression and sin. Through examination of Bataille's writings--including Inner Experience and his underappreciated final book, Tears of Eros--Connor shows the surprising connection between Bataille's mysticism and his sense of personal and political ethics. Mysticism, Connor argues, lies at the heart of Bataille's double identity as an intellectual and as a kind of anarchic prophet.