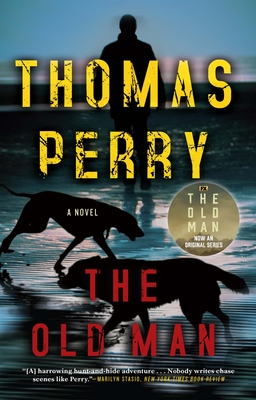 “Dan Chase is a wealthy old man living a quiet life after the death of his wife and his daughter's move to another part of the country. But wait -- he is being followed, and then his house is broken into and he has to kill the intruder. Next, the old man turns to his 'go' bag as it seems he has many identities, stashes of currency, and a plan to disappear. There are secrets to be discovered all throughout this tale and Perry keeps readers wondering what will come next. This is definitely one of Perry's best!”
— Barbara Kelly (W), Kelly's Books to Go, South Portland, ME

Now an original series from FX starring Jeff Bridges, John Lithgow, and Amy Brenneman: a former CIA officer, who's living off the grid, finds himself on the run from people who want to kill him--" a] harrowing hunt-and-hide adventure" (The New York Times Book Review).

To all appearances, Dan Chase is a harmless retiree in Vermont with two big mutts and a grown daughter he keeps in touch with by phone. But most sixty-year-old widowers don't have multiple driver's licenses, savings stockpiled in banks across the country, or two Beretta Nanos stashed in the spare bedroom closet. Most have not spent decades on the run.

Thirty-five years ago, as a young army intelligence hotshot, Chase was sent to Libya to covertly assist a rebel army. When the plan turned sour, Chase acted according to his conscience--and triggered consequences he never could have anticipated. To this day, someone still wants him dead. And just when he thought he was finally safe, Chase is confronted with the history he spent much of his life trying to escape.

Thomas Perry is the bestselling author of over twenty novels, including the critically acclaimed Jane Whitefield series, Forty Thieves, The Old Man, and The Butcher's Boy, which won the Edgar Award. He lives in Southern California.