The Politics of the Cross: A Christian Alternative to Partisanship (Hardcover) 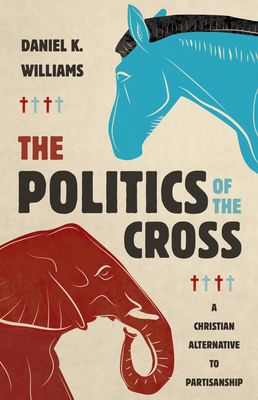 The Politics of the Cross: A Christian Alternative to Partisanship (Hardcover)

Where do Christians fit in a two-party political system?

The partisan divide that is rending the nation is now tearing apart American churches. On one side are Christian Right activists and other conservatives who believe that a vote for a Democratic presidential candidate is a vote for abortion, sexual immorality, gender confusion, and the loss of religious liberty for Christians. On the other side are politically progressive Christians who are considering leaving the institutional church because of white evangelicalism's alliance with a Republican Party that they believe is racist, hateful toward immigrants, scornful of the poor, and directly opposed to the principles that Jesus taught. Even while sharing the same pew, these two sides often see the views of the other as hopelessly wrongheaded--even evil. Is there a way to transcend this deep-seated division?

The Politics of the Cross draws on history, policy analysis, and biblically grounded theology to show how Christians can protect the unborn, advocate for traditional marriage, promote racial justice, care for the poor, and, above all, honor the gospel by adopting a cross-centered ethic instead of the idolatrous politics of power, fear, or partisanship. As Daniel K. Williams illustrates, both the Republican and Democratic parties are rooted in Christian principles, but both have distorted those principles and mixed them with assumptions that are antithetical to biblical truth. Williams explains how Christians can renounce partisanship and pursue policies that show love for our neighbors to achieve a biblical vision of justice.

Nuanced, detailed, and even-handed, The Politics of the Cross tackles the thorny issues that divide Christians politically and offers a path forward with innovative, biblically minded political approaches that might surprise Christians on both the left and the right.

Daniel K. Williams is professor of history at the University of West Georgia. His other books include God's Own Party: The Making of the Christian Right and Defenders of the Unborn: The Pro- Life Movement before Roe v. Wade. His published work has appeared in the New York Times, the Washington Post, Christianity Today, First Things, and The Gospel Coalition.