At the Blue Hole: Elegy for a Church on the Edge (Paperback) 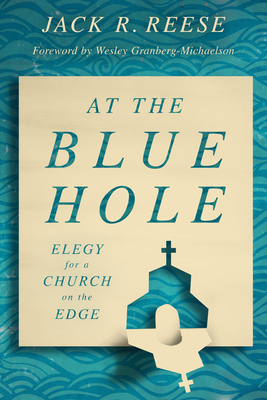 At the Blue Hole: Elegy for a Church on the Edge (Paperback)

"Said plainly, churches are in trouble. All churches are, but certainly Churches of Christ. Whether or not they recognize the threats they are facing is a different matter. The future is fraught with dangers. Many won't make it."

On New Year's weekend, 1831-32, two churches came together in Lexington, Kentucky, in what is often known today as the Restoration Movement. Among the churches that emerged from this movement were Churches of Christ, which grew in the nineteenth century and then flourished in the twentieth. At their zenith, around 1990, there were over 13,000 Church of Christ congregations in the United States with nearly 1.3 million members. Especially in the southern states where Churches of Christ were concentrated, it seemed inconceivable that they would ever face their own death.

Like many communities of faith, these churches are now in rapid decline. The numbers are devastating. At the current trajectory, Churches of Christ in America, with a membership of just over a million, will be less than a quarter their current size in thirty years. As they awaken to their crisis, many of them are beginning to see themselves at the edge.

This book is an elegy for those churches. But it is also a story of hope and promise. As from the "Blue Hole"--the tiny, hidden spring from which flows the San Antonio River, near where Jack Reese ministers--there is still abundant life and grace to be found flowing into Churches of Christ, waiting to be uncovered. Anyone wondering how to stem the seemingly inevitable ebb of the fading Western church will find solace and help in Reese's account of a once-thriving fellowship of churches that, God willing, may yet emerge from the grave into the light of resurrection.

Jack R. Reese has served as a preacher and missional leader in a variety of churches, urban ministries, and mission points across five continents. He is currently an interfaith leader and executive minister at the Northside Church of Christ in San Antonio. The author of The Body Broken: Embracing the Peace of Christ in a Fragmented Church, he has served as a community organizer, ministry consultant, professor, and academic dean.