Democracy and the Global Order: From the Modern State to Cosmopolitan Governance (Paperback) 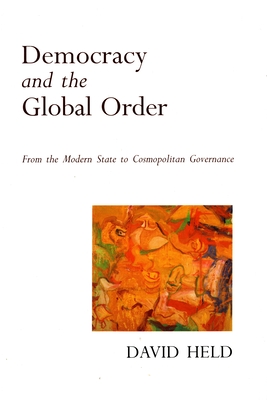 Democracy and the Global Order: From the Modern State to Cosmopolitan Governance (Paperback)


Available in Warehouse. Wait for Email Confirmation for ETA
Democracy is the most potent political idea in the world today, yet the future of democracy is increasingly uncertain. Key assumptions of democratic thinking and practice are being undermined by diverse sites of social economic power on the one hand, and by dense networks of regional and global interconnectedness on the other. States and societies are enmeshed in webs of international conditions and processes as never before. Democracy and the Global Order offers a highly original and systematic account of these issues. Part I assesses the traditional conceptions of democracy. Part II traces the rise and displacement of the modern nation-state in the context of the interstate system and the world economy. Part III explores the theoretical bases of democracy and of the democratic state, and the profound changes these concepts must undergo if they are to retain their relevance in the century ahead. Finally. Part IV champions a cosmopolitan model of democracy--a new conception of democracy for a new world order.
David Held is Professor of Politics and Sociology at Open University. Among his recent publications are Models of Democracy, Political Theory and the Modern State, and (as editor) Political Theory Today and Prospects for Democracy: North, South, East, West.

"A magisterial account of democratic theory as it applies to our world of intensifying global relations and transnational networks.... I regard this book as indispensable reading for scholars and citizens alike—a comprehensive rethinking and remapping of the terrain of democracy."—Richard Falk, Princeton University


"A timely exhortation that we need to continually reassess where our thinking (or lack of thinking) has taken us and where we are likely to go as a world society if we are not vigilant! An important book for philosophers, scientists, business leaders, politicians, in short, anyone who is concerned about the fate of mankind if it is left at the mercy of a simplistic world view."—Northeastern Naturalist