The End of Intelligence: Espionage and State Power in the Information Age (Hardcover) 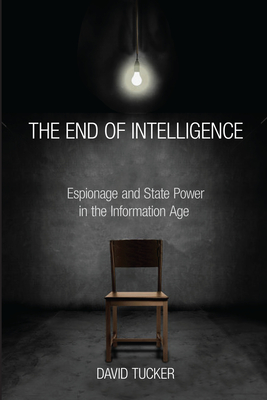 The End of Intelligence: Espionage and State Power in the Information Age (Hardcover)


Available in Warehouse. Wait for Email Confirmation for ETA
Using espionage as a test case, The End of Intelligence criticizes claims that the recent information revolution has weakened the state, revolutionized warfare, and changed the balance of power between states and non-state actors-and it assesses the potential for realizing any hopes we might have for reforming intelligence and espionage. Examining espionage, counterintelligence, and covert action, the book argues that, contrary to prevailing views, the information revolution is increasing the power of states relative to non-state actors and threatening privacy more than secrecy. Arguing that intelligence organizations may be taken as the paradigmatic organizations of the information age, author David Tucker shows the limits of information gathering and analysis even in these organizations, where failures at self-knowledge point to broader limits on human knowledge-even in our supposed age of transparency. He argues that, in this complex context, both intuitive judgment and morality remain as important as ever and undervalued by those arguing for the transformative effects of information. This book will challenge what we think we know about the power of information and the state, and about the likely twenty-first century fate of secrecy and privacy.
David Tucker is a Senior Fellow at the Ashbrook Center, Ashland University. He was formerly an associate professor in the Department of Defense Analysis at the Naval Postgraduate School. He has served in the Office of the Assistant Secretary of Defense for Special Operations and Low-Intensity Conflict and as a Foreign Service officer in Africa and Europe.