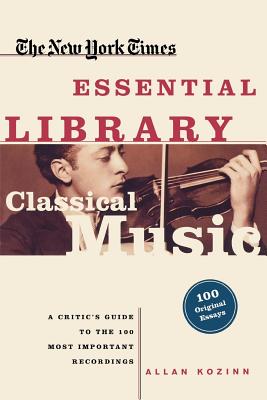 For classical music lovers, there is nothing more beguiling and exciting than the range of technique and emotion that can capture or transform the great works in the hands of a conductor and musicians. But with hundreds of recordings released every year, discovering the jewels is a challenge, for newcomers as well as for connoisseurs.
New York Times classical music critic Allan Kozinn offers the ultimate collector's guide, packed with a rich history of the composers and performers who stir our souls. From Bach's eloquent Goldberg Variations performed by master pianist Glenn Gould at the beginning and end of his career in startlingly different interpretations, to a lyrical performance of Rimsky-Korsakov's Scheherezade conducted by Kiril Kondrashin shortly after his defection from the Soviet Union, Kozinn places each work in the greater context of musical development and stretches the listener's understanding of each pivotal composition. These original essays on the one hundred greatest recorded classical works provide both practical guidance for building a library and deep insight into the transcendent power of music itself.