A Pen Pal for Max (Hardcover) 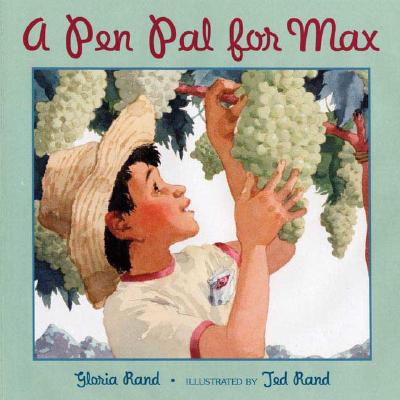 A Pen Pal for Max (Hardcover)

A secret note wins Max a friend in a faraway country

Max doesn’t know what to expect when he slips a note into a box of grapes headed to the United States, so he is thrilled when he receives a response from a girl named Maggie. The two quickly become pen pals.

Then one day Max’s village in Chile is hit by a huge earthquake, and his school must be closed because of damages. When the school finally reopens, a surprise is waiting for Max from his faraway friends.

Gloria and Ted Rand are a husband-and-wife team who have collaborated on a number of picture books, including "Mary Was a Little Lamb" and "A Home for Spooky." Mr. Rand has illustrated many other popular titles for children, including "Knots on a Counting Rope," "Here Are My Hands," and "Barn Dance!" The Rands live on Mercer Island in Washington State.