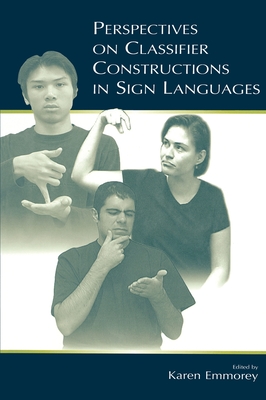 The papers in this volume discuss the following issues:
*how sign language classifiers differ from spoken languages;
*cross-linguistic variation in sign language classifier systems;
*the role of gesture;
*the nature of morpho-syntactic and phonological constraints on classifier constructions;
*the grammaticization process for these forms; and
*the acquisition of classifier forms.
Divided into four parts, groups of papers focus on a particular set of issues, and commentary papers end each section.