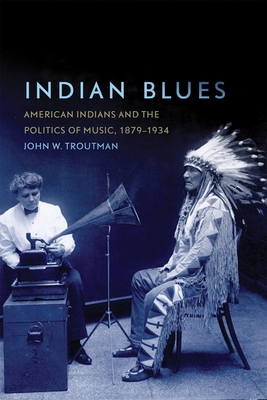 From the late nineteenth century through the 1920s, the U.S. government sought to control practices of music on reservations and in Indian boarding schools. At the same time, Native singers, dancers, and musicians created new opportunities through musical performance to resist and manipulate those same policy initiatives. Why did the practice of music generate fear among government officials and opportunity for Native peoples?

In this innovative study, John W. Troutman explores the politics of music at the turn of the twentieth century in three spheres: reservations, off-reservation boarding schools, and public venues such as concert halls and Chautauqua circuits. On their reservations, the Lakotas manipulated concepts of U.S. citizenship and patriotism to reinvigorate and adapt social dances, even while the federal government stepped up efforts to suppress them. At Carlisle Indian School, teachers and bandmasters taught music in hopes of imposing their "civilization" agenda, but students made their own meaning of their music. Finally, many former students, armed with saxophones, violins, or operatic vocal training, formed their own "all-Indian" and tribal bands and quartets and traversed the country, engaging the market economy and federal Indian policy initiatives on their own terms.

While recent scholarship has offered new insights into the experiences of "show Indians" and evolving powwow traditions, Indian Blues is the first book to explore the polyphony of Native musical practices and their relationship to federal Indian policy in this important period of American Indian history.