The Tunnel under the Lake: The Engineering Marvel That Saved Chicago (Second to None: Chicago Stories) (Paperback) 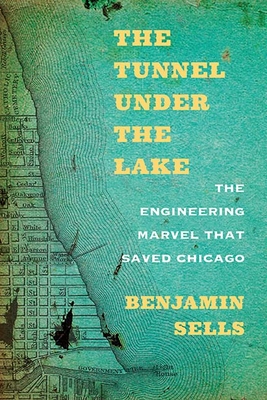 The Tunnel under the Lake: The Engineering Marvel That Saved Chicago (Second to None: Chicago Stories) (Paperback)


This title is likely unavailable. Email or call for price and availability.
The Tunnel under the Lake recounts the gripping story of how the young city of Chicago, under the leadership of an audacious engineer named Ellis Chesbrough, constructed a two-mile tunnel below Lake Michigan in search of clean water.

Despite Chicago's location beside the world’s largest source of fresh water, its low elevation at the end of Lake Michigan provided no natural method of carrying away waste. As a result, within a few years of its founding, Chicago began to choke on its own sewage collecting near the shore. The befouled environment, giving rise to outbreaks of sickness and cholera, became so acute that even the ravages and costs of the U.S. Civil War did not distract city leaders from taking action.

Chesbrough's solution was an unprecedented tunnel five feet in diameter lined with brick and dug sixty feet beneath Lake Michigan. Construction began from the shore as well as the tunnel’s terminus in the lake. With workers laboring in shifts and with clay carted away by donkeys, the lake and shore teams met under the lake three years later, just inches out of alignment. When it opened in March 1867, observers, city planners, and grateful citizens hailed the tunnel as the "wonder of America and of the world."

Benjamin Sells narrates in vivid detail the exceptional skill and imagination it took to save this storied city from itself. A wealth of fascinating appendixes round out Sells’s account, which will delight those interested in Chicago history, water resources, and the history of technology and engineering.

BENJAMIN SELLS is a writer and sailing captain who owns and operates one of Chicago's oldest sailing schools. He was a syndicated columnist and has written many articles and books on law and psychology, including The Soul of the Law, which was recently reissued in a twentieth-anniversary edition by the American Bar Association, as well as Order in the Court: Crafting a More Just World in Lawless Times (1999) and The Essentials of Style: A Handbook for Seeing and Being Seen (2007).

“Benjamin Sells offers an interesting, meticulous, and thoroughgoing addition to the trove of books on Chicago.”—David Solzman, author of The Chicago River: An Illustrated History and Guide to the River and Its Waterways