Bruna and Her Sisters in the Sleeping City (Paperback) 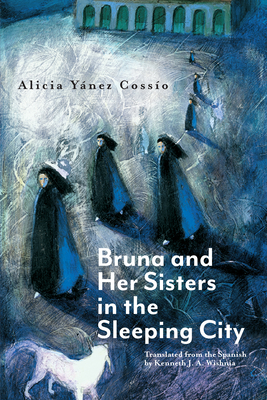 Bruna and Her Sisters in the Sleeping City (Paperback)

By Alicia Yánez Cossío, Kenneth J. A. Wishnia (Translated by)


Available in Warehouse. Wait for Email Confirmation for ETA
Bruna and Her Sisters in the Sleeping City chronicles a wealthy, eccentric family with an ancient presence in northern Ecuador. Bruna’s past is dominated by ghosts and scandals that linger in the old family home in the mountains. As she pieces together the outrageous adventures of her ancestors and relatives, Bruna emerges from the husk of tradition to achieve a balance between the best of the old and the new. Tracing the complete history of Ecuador from the Conquest through the 1970s, the book is a seriocomic examination of the tensions and conflicts inherent in a world that wavers between its oppressive colonial past and its future as a modern society obsessed with material gain.
ALICIA YÁNEZ COSSÍO was born in 1929 and is considered one of Ecuador’s principal novelists. Bruna and Her Sisters in the Sleeping City was her first novel and the first to be translated into English.

KENNETH J. A. WISHNIA is a novelist who has taught at State University of New York at Stony Brook and at Queens College, City University of New York.
“[Yánez Cossío], one of Ecuador's preeminent woman writers, poetically details the emotional and physical escape of twenty-year-old Bruna Catovil from her Ecuadorian home, the Sleeping City—so named for its soroche, or sleep-inducing mountain sickness—where her family spreads shame as effortlessly as it squandered its once formidable fortune . . . This story of a young woman's search for identity is a classic one.” —Publishers Weekly