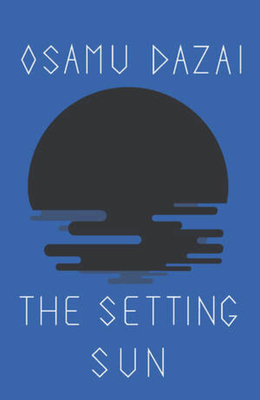 This powerful novel of a nation in social and moral crisis was first published by New Directions in 1956.

Set in the early postwar years, it probes the destructive effects of war and the transition from a feudal Japan to an industrial society. Ozamu Dazai died, a suicide, in 1948. But the influence of his book has made "people of the setting sun" a permanent part of the Japanese language, and his heroine, Kazuko, a young aristocrat who deliberately abandons her class, a symbol of the anomie which pervades so much of the modern world.

OSAMU DAZAI was born in 1909 into a powerful landowning family of northern Japan. A brilliant student, he entered the French department of Tokyo University in 1930, but later boasted that in the five years before he left without a degree, he had never attended a lecture. Dazai was famous for confronting head-on the social and moral crises of postwar Japan before he committed suicide by throwing himself into Tokyo’s Tamagawa Aqueduct. His body was found on what would have been his 39th birthday.

Donald Keene, the author of dozens of books in both English and Japanese as well as the famed translator of Dazai, Kawabata, and Mishima, was the first non-Japanese to receive the Yomiuri Prize for Literature.
Written with beauty, refinement, and force: a work of unmistakable distinction…
— Atlantic Monthly

All his work is worthy. Dazai was an aristocratic tramp, a self described delinquent, yet he wrote with the forbearance of a fasting scribe.
— Patti Smith