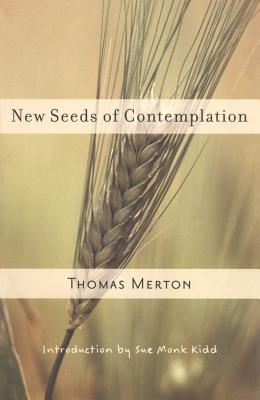 One of the best-loved books by one of the great spiritual authors of our time, with a new introduction by best-selling author Sue Monk Kidd.

New Seeds of Contemplation is one of Thomas Merton's most widely read and best-loved books. Christians and non-Christians alike have joined in praising it as a notable successor in the meditative tradition of St. John of the Cross, The Cloud of Unknowing, and the medieval mystics, while others have compared Merton's reflections with those of Thoreau. New Seeds of Contemplation seeks to awaken the dormant inner depths of the spirit so long neglected by Western man, to nurture a deeply contemplative and mystical dimension in our lives. For Merton, "Every moment and every event of every man's life on earth plants something in his soul. For just as the wind carries thousands of winged seeds, so each moment brings with it germs of spiritual vitality that come to rest imperceptibly in the minds and wills of men. Most of these unnumbered seeds perish and are lost, because men are not prepared to receive them: for such seeds as these cannot spring up anywhere except in the soil of freedom, spontaneity and love."

Thomas Merton (1915-1968) entered the Cistercian Abbey of Gethsemani in Kentucky, following his conversion to Catholicism and was ordained in 1949. During the 1960s, he was increasingly drawn into a dialogue between Eastern and Western religions and was actively engaged with domestic issues of war and racism.

Sue Monk Kidd was born in Sylvester, Georgia. During her thirties, she became deeply influenced by the work of Thomas Merton and C. G. Jung, which would impact her writing in the years ahead. She is the author of When the Heart Waits (1990), The Dance of the Dissident Daughter (1996), The Secret Life of Bees (2002), which sold 4.5 million copies worldwide, The Mermaid Chair (2005), and Firstlight (2006).
Destined to go down as one of the great spiritual classics of our century.
— Francine du Plessix Gray - The New Republic

I can’t remember a time when Thomas Merton wasn’t a piece of my mental furniture.
— John Jeremiah Sullivan

He is an artist, a Zen.
— Thich Nhat Han