The Rose of Time: New and Selected Poems (Paperback) 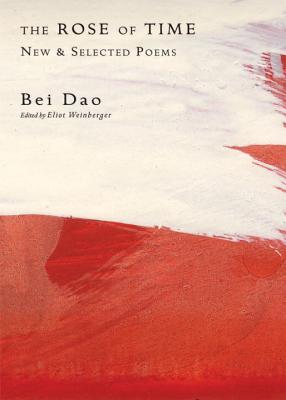 The Rose of Time: New and Selected Poems (Paperback)

This is book number 1160 in the New Directions Paperbook series.

A selection from the lifework of the internationally renowned poet Bei Dao, who is “like reading Chekhov or Turgenev reflected in a porcelain bowl” (The Times [London]).

in the mirror there is always this moment

this moment leads to the door of rebirth

the door opens to the sea

the rose of time

The Rose of Time: New & Selected Poems presents a glowing selection of poetry by contemporary China’s most celebrated poet, Bei Dao. From his earliest work, Bei Dao developed a wholly original poetic language composed of mysterious and arresting images tuned to a distinctive musical key. This collection spans Bei Dao’s entire writing life, from his first book to appear in English, The August Sleepwalker, published a year after the Tiananmen tragedy, to the increasingly interior and complex poems of Landscape Over Zero and Unlock, to new never-before-published work. This bilingual edition also includes a prefatory note by the poet, and a brief afterword by the editor Eliot Weinberger. A must-read book from a seminal poet who has been translated into over thirty languages.

Bei Dao, born in Beijing in 1949, has traveled and lectured around the world. He has received numerous international awards for his poetry, and is an honorary member of The American Academy of Arts and Letters. Bei Dao, now a U.S. citizen, is currently Professor of Humanities in the Center for East Asian Studies at the Chinese University of Hong Kong.

Eliot Weinberger is an essayist, editor, and translator. He lives in New York City.
Bei Dao uses words as if he were fighting for his life with them.... [He] has found a way to speak to all of us.
— Jonathan Spence - The New York Times Book Review