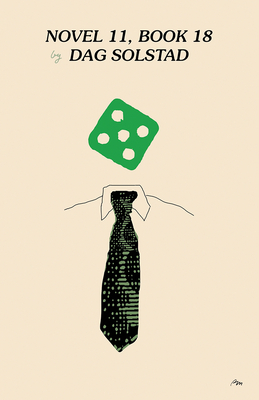 A brilliant novel by the Norwegian master Dag Solstad

Bjorn Hansen, a respectable town treasurer, has just turned fifty and is horrified by the thought that chance has ruled his life. Eighteen years ago he left his wife and their two-year-old son for his mistress, who persuaded him to start afresh in a small, provincial town and to devote himself to an amateur theater.In time that relationship also faded, and after four years of living alone Bjorn contemplates an extraordinary course of action that will change his life forever.

He finds a fellow conspirator in Dr. Schiotz, who has a secret of his own and offers to help Bjorn carry his preposterous plan through to its logical conclusion. But the sudden reappearance of his son both fills Bjorn with new hope and complicates matters. The desire to gamble with his comfortable existence proves irresistible, however, taking him to Vilnius in Lithuania, where very soon he cannot tell whether he’s tangled up in a game or reality.

Dag Solstad (b. 1941) has written nearly thirty books, including Armand V and T Singer (both available from New Directions). Admired worldwide by writers as diverse as Lydia Davis, Geoff Dyer, and Peter Handke, Solstad has won the 2006 Brage Prize, the 1989 Nordic Council’s Prize for Literature, and the Norwegian Critic’s Prize in 1969, 1992, and 1999.

Sverre Lyngstad (1922–2011) was a scholar and translator, perhaps best known for translating and popularizing the works of Knut Hamsun.
With sublime restraint and subtle modulation, Solstad conveys an entire age of sorrow and loss.
— Publishers Weekly

A bourgeois man scavenges for meaning in the sly and emotionally rich latest from Solstad.
— Publishers Weekly

Dag Solstad, the strangest and most stupendous writer of Norway, has, over the last few decades, built up a small, discerning readership in English. And it’s looking for new members. This could be you... [H]is novels are mind-bogglingly brilliant.
— Jan Wilm - Music & Literature

Novel 11, Book 18 is not the mercilessly bleak book its protagonist wants, but it is a bitter pill to swallow. Fortunately, the bitterness is helped down with a dose of Dag Solstad’s droll, self-mocking humor.

The great Norwegian novelist Dag Solstad…tells the story in deceptively simple sentences that repeat themselves in a fugal fashion, gathering new and ever sadder aspects of meaning as they recur. Hansen, wading through the disappointing wash of his life—he’s having the worst midlife crisis imaginable—eventually cooks up a scheme of revenge that’s so sad and absurd it’s almost slapstick. The book’s generic title implies that tiny tragedies like Hansen’s are happening everywhere, all the time, as a simple cost of being alive.
— Vinson Cunningham - The New Yorker