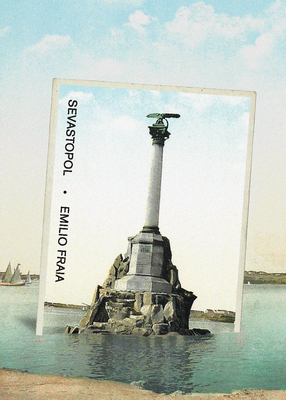 Three subtly connected stories converge in this chimerical debut, each burrowing into a turning point in a person’s life: a young woman gives a melancholy account of her obsession with climbing Mount Everest; a Peruvian-Brazilian vanishes into the forest after staying in a musty, semi-abandoned inn in the haunted depths of the Brazilian countryside; a young playwright embarks on the production of a play about the city of Sevastopol and a Russian painter portraying Crimean War soldiers.


Inspired by Tolstoy’s The Sevastopol Sketches, Emilio Fraia masterfully weaves together these stories of yearning and loss, obsession and madness, failure and the desire to persist, in a restrained manner reminiscent of Anton Chekhov, Roberto Bolano, and Rachel Cusk.

Emilio Fraia was born in Sao Paulo in 1982. Sevastopol, his third book, was one of the winners of the Biblioteca Nacional Prize and a finalist for the Oceanos Prize and Jabuti Prize. One of Granta’s Best Young Brazilian Writers, Fraia is an editor and has been awarded a Civitella Ranieri Writing Fellowship.

Zoë Perry's translations of contemporary Portuguese-language fiction and non-fiction have appeared in The New Yorker, Granta, Words Without Borders, and the Washington Square Review. In 2015 she was translator-in-residence at the FLIP international literary festival in Paraty, Brazil, and she was awarded a PEN/Heim grant for her translation of Veronica Stigger's novel Opisanie swiata. Zoë is a founding member of the London-based translators collective, The Starling Bureau.
Like the writers I most admire, Fraia sets for himself the hardest and most respectable task a writer can face: unraveling the mystery without revealing the secret.
— Javier Montes

With deft precision, Fraia bares his characters just enough to reveal only these stories—nothing is extraneous.
— Kirkus

A truly beautiful book that is hard to describe without using words like precision, subtlety and, mostly, wisdom.
— Alejandro Zambra

These tales don’t operate the way most tales do; they adhere to their own separate sense of languid time.
— Tope Folarin - Vulture

As Sevastopol masterfully demonstrates, all one can do against time’s attrition is organize the losses into a story of the self.
— Marshall Shord - Southwest Review

A vibe is, by definition, inexplicable. To say Sevastopol’s vibe is a bit gloomy, desolate, styled in a color palette that includes grays, greens, and violets, is both true and inexact. The vibe accumulates over time and amounts to something. But exactly what remains evasive, thrillingly open-ended.